The mines were active from the late 1600s through the 1800s supplying ore to Durham’s colonial iron furnace, and later to an industrial iron works on the banks of the Delaware River. The mine openings are scattered across the wooded slopes of Mine Hill and Rattlesnake Hill in Durham just south of PA Rte. 212 as it heads west from the Delaware. The restricted-access site is now preserved land in the Heritage Conservancy.

Durham Hills and Durham Mines
Often referred to as Durham and Reading Hills, a spur of South Mountain,
running northeast and southwest through the entire township, and where the
iron ore mines of the different proprietors of the Durham Furnaces are located.
The hill farthest west, called Mine Hill, was opened probably as early as 1698.
That mine supplied all the iron ore used at the 1727 charcoal furnace. The hill
farthest east, beginning at the Delaware River, is called Rattlesnake Hill. The
mine there was opened in 1851, and was the largest and best of all the Durham
mines. 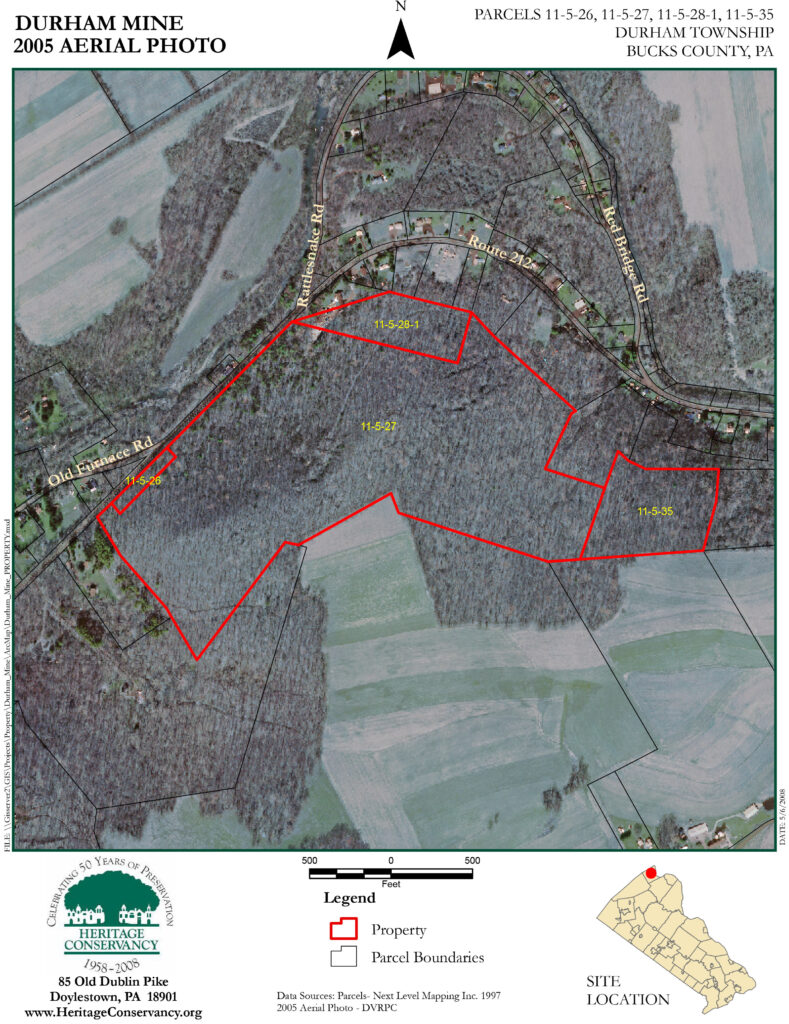 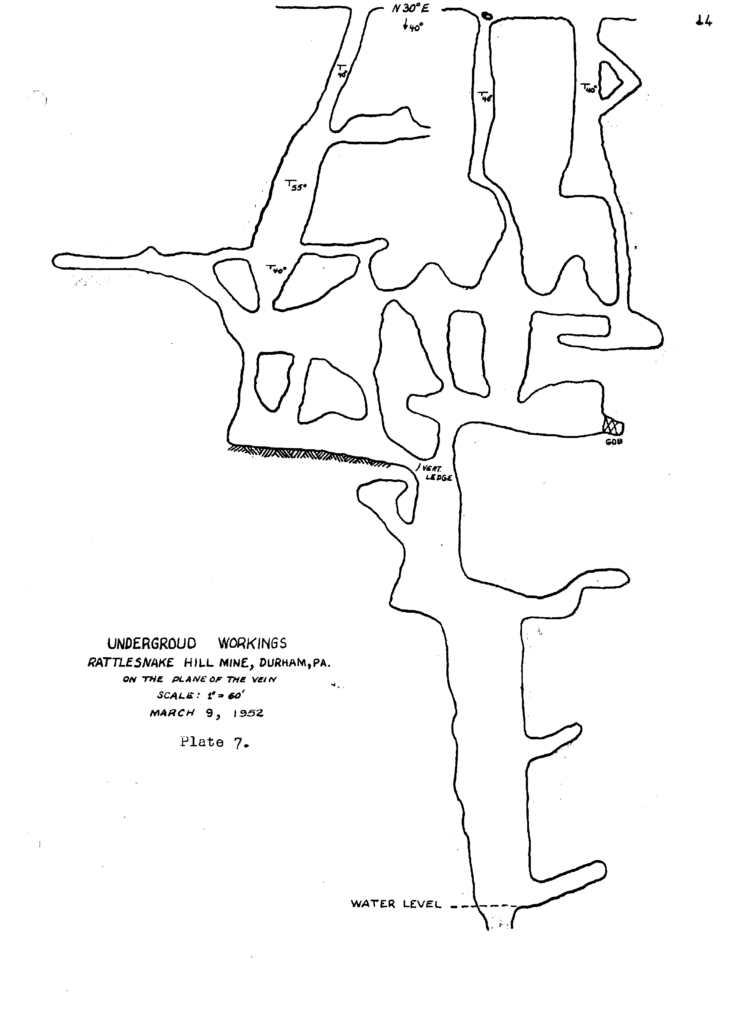