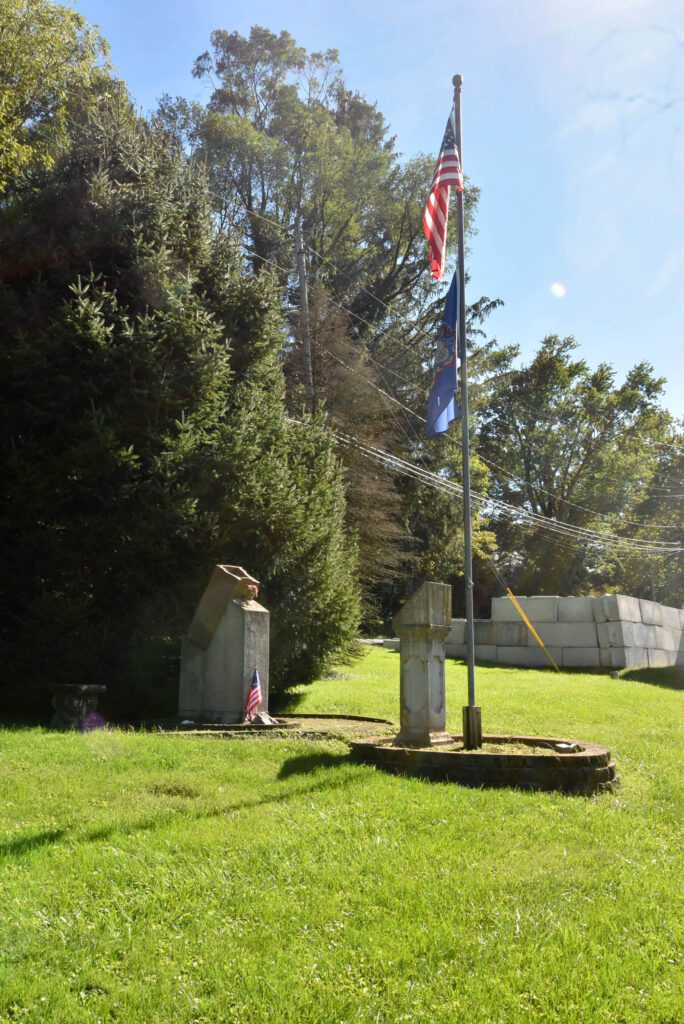 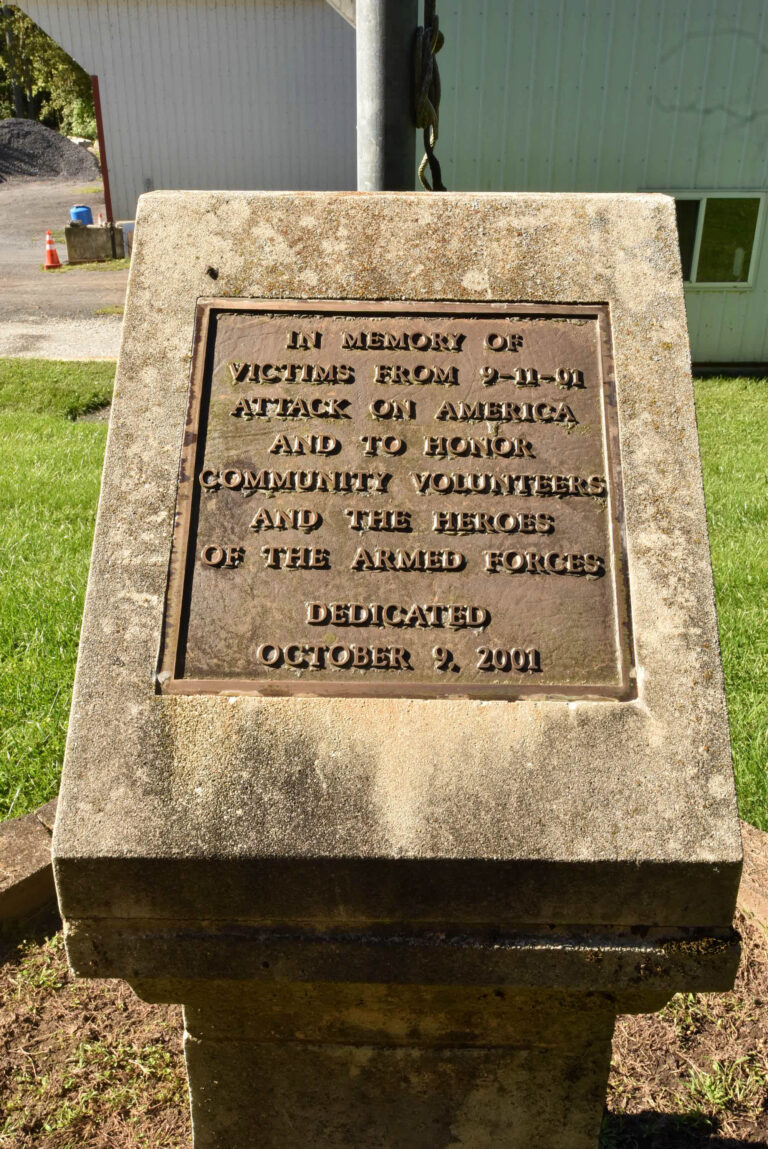 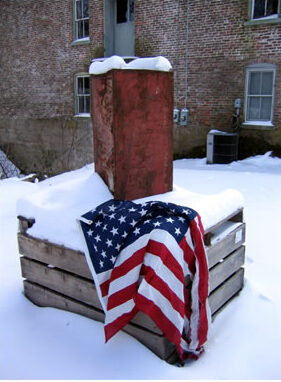 Pictured here is the Durham Historical Society memorial to the event that took place on September 11, 2001 in New York City. The steel beam was removed from the debris field at Ground Zero. This is how we obtained the artifact:

One of our Directors became aware of the possible availability of the beam when visiting relatives in New York. He enlisted the assistance of a second director who followed up with Pennsylvania politicians who then put us in contact with the New York City Mayor’s office and eventually to FEMA.

One cold day in the winter of 2002, after much back and forth, three DHS Directors drove to a secure location under the Brooklyn Bridge where we met with FEMA personnel. We were shown six or seven “beams” that were to be made available to municipalities or 501 (c) 3s with certain controls placed on the gift. The beams could not be resold nor used for any other purpose than a memorial to 9/11.

We were told that we could take any one of them. The decision to take the one pictured here was occasioned by the fact that it was the only one that the three of us could pick up and place in the van. It must weigh every bit of 400 pounds. The others perhaps with more visible damage etc. were not even budgeable. We carted it back to Durham, PA and placed it in a temporary display position as can be seen in the flag draped accompanying photo. Yet another Director, along with several Durham Township employees and willing/contributing local contractors (what a team) picked up the challenge of designing and erecting the structure that you see in the other photographs. The memorial is located next to the Durham Township Municipal Building and can be viewed by any interested person. The address is 215 Old Furnace Road, Durham, PA.